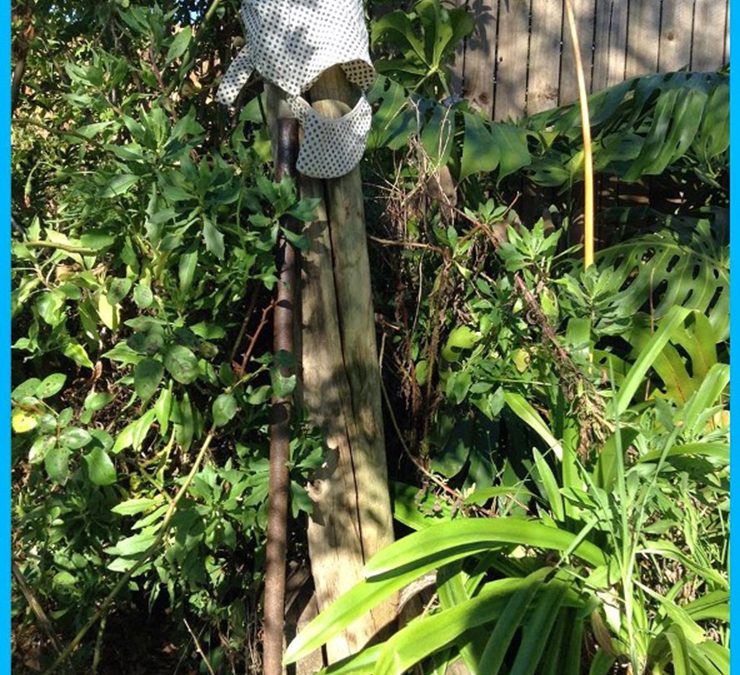 It was May 2014. It was also high time my husband and I gave our garden some much-needed attention. We felled weed trees, removed deadwood and spindly branches, trimmed the overgrowth, and carted several trailer-loads of green waste to the tip. Despite the hard yakka and the potential for danger implicit in our task, the only casualty was my gardening hat—its brim and bonnet ripped asunder as an inevitable consequence of its age. I’d had that hat for forty years.

In the way of writers, that hat got me thinking about the many hats writers wear. After all, writing is not the only thing we do. ‘What!’ I hear you gasp. You know it’s true. Life is filled with demands. Even readers put their books down (albeit briefly. Never make a habit of it

) when life demands it. But writers do landscape their text with experiences gleaned while they’re wearing other hats. My gardening hat only lasted as long as it did because I’m an occasional gardener, not a professional landscaper.

The post on which the hat sits is another casualty of time, displaced by a tree root. I confess, my trusty made-to-measure crowbar still awaits the day I’ve strength and energy enough to replace that post. It wouldn’t be the first posthole I’ve dug. I hefted that crowbar to hollow out holes in the ground for eighty-eight garden and retaining wall posts on our property. Here are a few writing principles I gleaned from my landscaping experiences. The corner post (in the above corner under the rose) was my first. Hubby measured, marked where to dig and I went for it. I dug a whole lot wider and a whole lot deeper than I needed to, wasting time, effort, and concrete. I applied moderation to subsequent digs.

Principle learned: Preparation and research are necessary, but don’t get carried away with interesting, but unnecessary information. Likewise, the first written draft is rarely perfect. It requires extra time and effort editing. Practice leads to improvement, both in technique and result. Even those first drafts seem to get better the more you write.

The wall at the front of our property was 600mm high, which meant postholes needed to be 700mm deep to hold firm in our ‘plastic’ soil profile. Natural springs under the footpath moistened the subsoil there, making it easier to dig. Behind the house we had to dig 1200mm holes for our 1000mm high walls. But there, thanks to a hefty cut-and-fill, the ‘surface’ was already one metre below the topsoil level. The only way we could break through that clay, was by first soaking it with water.

Principle learned: A short story is different to a poem is different to a novel is different to a magazine article. Each requires materials, scaffolding and structure of the right type, size and shape for the genre. Lessons learned writing in one genre enhance writing technique and positively inform a variety of other writing formats. As much as we loved the look of our round Koppers logs, they were difficult to work with. They had to be planed and chiselled and shaped to fit together and to fit the curve of the uprights. It was easy to get discouraged when progress was slow and tedious. Being prepared to try something different for the side and rear walls of the property allowed us to finish the job sooner and worked just as well. Principle learned: Don’t get stuck in a rut. If the current writing (or any other) project is dragging on and going nowhere, try something different. A pleasant surprise may result. Varying the vista can bring fresh insights and enthusiasm.

Not everybody appreciates a garden, or a piece of writing, or any creative offering, in the same way. We didn’t plant retaining wall posts to feed termites, but the little beggars happily devoured some of ‘em anyway. I may not rejoice when the neighbourhood mutts water our front retaining wall, but my dog loved neutralizing their efforts.

Principle learned: Who knows, others may enjoy unexpected benefits from your efforts. Of course, you’ll never know if you don’t try.

Any project—writing or otherwise—can seem daunting and overwhelming at times. Don’t get so stressed by the size of the project that you forget to enjoy the process. One day, you’ll look back and think, ‘Wow! I did that. And I enjoyed myself! I am awesome!’ and you’ll be right. You can read an earlier version of this blog, with comments, on Christian Writers Downunder, May 2014.