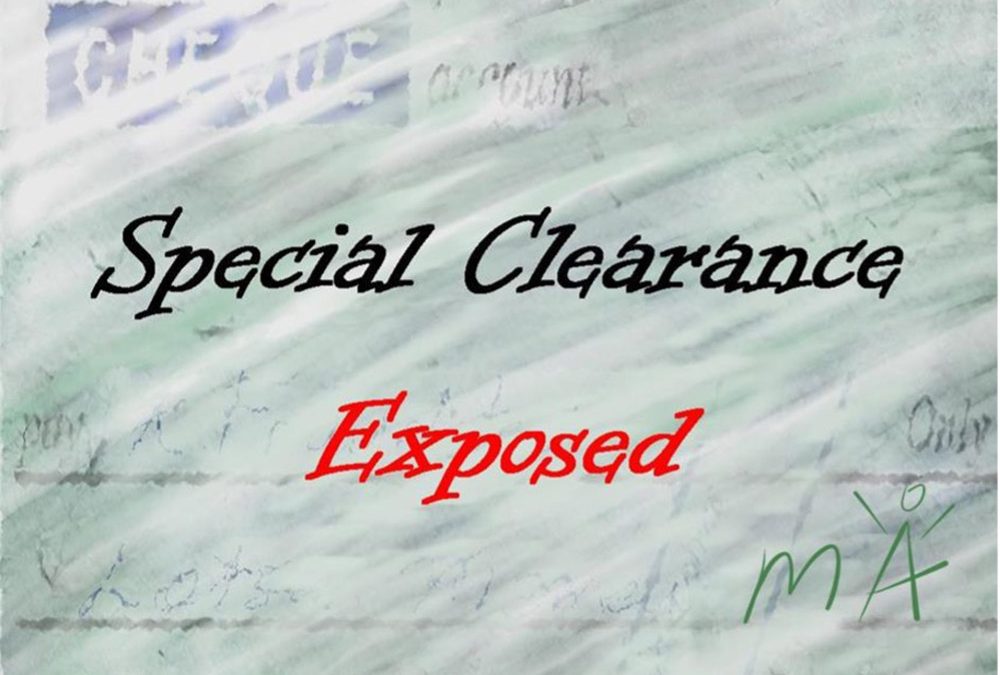 ‘Rape is not only a sexual crime; it is an abuse of strength and power, which strips its victims of their dignity, autonomy, and self-worth. Those who use their strength and power to manipulate and abuse others, in any form, rape the collective soul of our humanity.’ Catherine Sercombe (now writing as Mazzy Adams)

That quote is from my personal statement, included in the story behind Special Clearance/Exposed, my poetic contribution to Veils, Halos & Shackles, an international collection of works by over 180 poets from around the world.

In her related blog post, editor, former psychology academic and writer, Nola Passmore, reflected on her contribution to Veils, Halos & Shackles and explained the background to the anthology. Nola (who is a paragon of literary encouragement and a playful wag) also announced the first of our VH&S online launch competitions by asking entrants to comment on a protest poem or protest song that has resonated with them personally. As I write this follow-on blog, a song most poignant in subject, influence and timing for me personally comes to mind: ‘I Am Woman’ by Helen Reddy.

When the Australian singer-songwriter’s iconic anthem was released as a single in 1972, it sold over a million copies. When the United Nations declared 1975 to be International Women’s Year, they chose Reddy’s song as the theme and established 1976-1985 as the Decade for Women.

In 1976, I commenced full-time employment as a junior bank officer with one of Australia’s leading commercial banks. On my first day, my heart sang and my head rang with my recruitment officer’s enthusiastic assurances: the national hierarchy wished to ameliorate the existing management gender imbalance. Gender equality was the catchphrase of the day. Because I was female and I had outstanding academic results I’d been selected along with several male recruits for a rapid training and advancement program. Local branch management had been advised. Harsh, dark, reality eclipsed the daydream. As the new junior, I was the floor that senior staff walked on. As a female, I was a doormat for dirty boots and a carpet to cavil. I endured four frustrating years before I escaped to a very different type of employment.

In 2012, forty years after ‘I Am Woman’ topped the charts, I penned my reflections on those negative experiences into the first draft of Special Clearance/Exposed, later crafting its current format as a blended poem which connects the abuse of power with rape.

In 2016, forty years after the United Nations Decade for Women began, Special Clearance/Exposed was published in Veils, Halos & Shackles: International Poetry on the Oppression & Empowerment of Women. This landmark anthology, coordinated and edited by poets Charles Adès Fishman (United States) and Smita Sahay (India), and published by Kasva Press (Israel) has received excellent reviews and is available for purchase as a print book or e-book. Although issues of gender discrimination and sexual harassment are more readily addressed in the workplace today, the vulnerability of the weak in the hands of the powerful continues to darken and stain society in too many places worldwide. The fingers of physical, emotional, psychological and religious abuse still grasp the neck of nations, strangle the voice of protest and extinguish the breath of human kindness.

But as my writing colleague, accomplished novelist, friend, co-conspirator and fellow VH&S contributor, Adele Jones blogged in her recent launch prelude, ‘One voice can inspire others to speak up. Over time, one voice can change the world.’ On Saturday 8 October 2016, Nola, Adele and I hosted an online launch of Veils, Halos & Shackles on Facebook. The launch included a poetic video presentation and podcasts of our poems, interesting discussions, and competitions with prizes offered, including books, a gift voucher, a metallic hummingbird bookmark and an hour of editing services.

I was delighted to present the hummingbird bookmark to Melinda, a worthy winner, and women’s advocate, who entered the competition by suggesting an analogy or metaphor that exemplified the message behind Veils, Halos & Shackles based on one or more of these facts about Hummingbirds:

Though the launch and the original date this blog was posted occurred in October, 2016, there is a timelessness to the power of poetry. And it’s never too late to create a change for the better.

Every voice raised, any action taken that encourages, supports, guards or restores the safety, dignity, autonomy and self-worth of an individual is significant. As I was unable to transfer it directly to my new website, I’ve copied and pasted the comments from the original blog below.

Great blog Mazzy. I wonder if Helen Reddy ever imagined the impact that song would have. I had the ‘Explosive Hits ’73’ album and played that track over and over.

Thanks for sharing your experiences as a bank junior in those days. Things have changed a lot since then, but my involvement with this anthology has reminded me that there is still a long way to go. Many women (and men) are still objectified, harassed, abused and disempowered. Hopefully this book will help raise awareness and facilitate positive change.

I’m looking forward to seeing what you’ve done with the visual presentation of your poem. Thanks for sharing.

Thanks for your response Nola. The Wikipedia article speaks about the impact of the song and quotes Helen Reddy as saying, “Women have always been objectified in showbiz. I’d be the opening act for a comic and as I was leaving the stage he’d say, ‘Yeah, take your clothes off and wait for me in the dressing room, I’ll be right there’. It was demeaning and humiliating for any woman to have that happen publicly.” It is disappointing that even today there is such a huge gap between what should be and what is. We must never lose sight of the tragic impact abuse of any kind has on each and every individual. As for the video presentation … the blog images provide a sneak peak. Technological challenges notwithstanding, I’m exciting about the way it is shaping up.

Hi Mazzy, It’s sad that the harassment you experienced is still a reality in many work places – and has taken on new forms with the unreal beauty standards, focus on image and proliferation of easy-access pornography which seems to have reversed many of the hard-won gains of the 60s, 70s & 80s. Hoping for change.

You are so right Jeanette. I’d venture to say it is not only sad; it’s an outrage. But positive change has occurred. Positive change is occurring. And positive change will continue as long as we keep speaking up about it, provoking it, insisting upon it and praying for it. Thanks for your comment.

Powerful blog, Mazzy. I have been fortunate to gain employment in environments where gender was never a determinant in workplace opportunity or respect. It can be easy to overlook the former struggles to establish that platform of equal recognition based on capacity and a job well done, irrespective of whether the worker is male or female. I’ve come to realise not everyone has had this fortune. Even in this day and age, there are people like yourself who have experienced demeaning work situations. To measure those experiences globally, we are reminded there are still many challenges in this area which require change.

Looking forward to hosting the V,H&S SE QLD online launch with you and Nola on Saturday.

And I with you and Nola, Adele. It seems to me that generational turnover must influence the cycle of change for the better; hope arises as each generation chooses to shed the negative attitudes and behaviours of the former one. Consider this: In 1902, the Commonwealth of Australia gave women the right to vote. In 1942 the Women’s Land Army was formed to overcome labour shortages resulting from the progress (and ghastly male attrition rates) of World War Two. When the surviving men returned, women were expected to relinquish their employment positions to them. In 1982, when 39-year-old Queensland lawyer and academic Quentin Bryce (who would later become our governor-general) was appointed Convenor of the National Women’s Advisory Council, the National Times newspaper headline described her as “Brisbane’s best dresser”. Forty years on from that in 2022? Who knows? Perhaps this generation will finally get it right. Let’s give them every encouragement to do so.